On Sunday, October 20, 2019, at 10:00 a.m., Cinema Art Bethesda will present the Lebanese film, Capernaum. The film is 126 minutes long and in Lebanese with English subtitles. It was released in 2018 and was nominated for Best Foreign Film Oscar 2019. 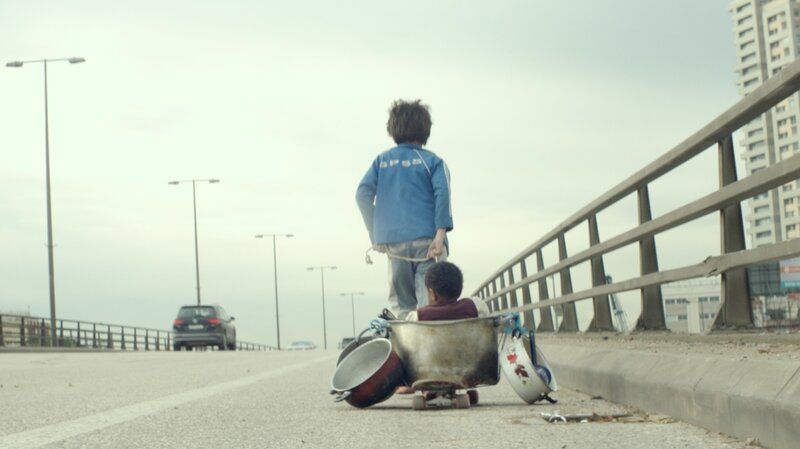 Winner of the Grand Jury Prize at the Cannes Film Festival, Capernaum (“Chaos”), a new film by Nadine Labaki about the journey of a clever, gutsy 12-year-old boy, Zain, who survives the dangers of the city streets by his wits. He flees his parents and to assert his rights, takes them to court suing them for the “crime” of giving him life.

Capernaum follows Zain, a gutsy streetwise child as he flees his negligent parents, survives through his wits on the streets, takes care of Ethiopian refugee Rahil (Yordanos Shiferaw) and her baby son, Yonas (Boluwatife Treasure Bankole), being jailed for a crime, and finally, seeks justice in a courtroom.

Capernaum was made with a cast of non-professionals playing characters whose lives closely parallel their own. Following her script, Labaki placed her performers in scenes and asked them to react spontaneously with their own words and gestures. When the non-actors’s instincts diverged from the written script, Labaki adapted the screenplay to follow them.

While steeped in the quiet routines of ordinary people, Capernaum is a film with an expansive palette: without warning it can ignite with emotional intensity, surprise with unexpected tenderness, and inspire with flashes of poetic imagery.

Although it is set in the depths of a society’s systematic inhumanity, Capernaum is ultimately a hopeful film that stirs the heart as deeply as it cries out for action.